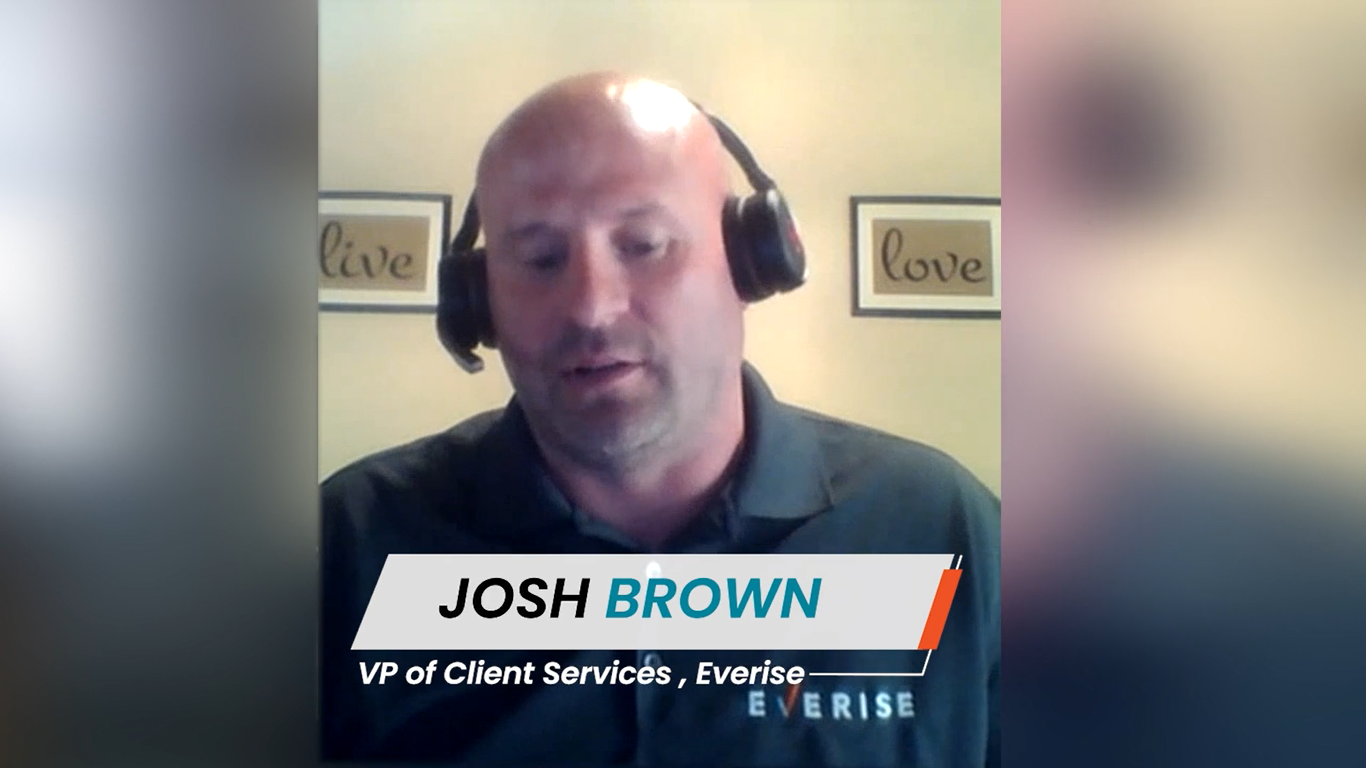 In celebration of #PrideMonth, we are featuring members of our Everise family who have their own pride stories to share. Meet Josh Brown, Everise's VP of Client Services. In this episode of People of Everise, he shares his journey of coming out, finding acceptance, and learning to love himself while growing up during a time when diversity was not as widely accepted.

Everyone has their own story of growing up. For Josh Brown, growing up as an LGBTQ+ youth in his community presented challenges that made it difficult to express himself. Josh grew up in a small town in Iowa. With its small population, his surroundings didn't provide a diverse environment to live in, and his growing-up years coincided with the HIV/AIDS outbreak. Homosexuality was stigmatized as a disease during this time, which made it difficult for LGBTQ+ people to come out and express their authenticity.

“I grew up in a time when the outbreak of HIV/AIDS began to hit center stage and when homosexuality was labeled as a disease until the early 90s. The stigma carried through decades to come and remains socially unacceptable to some extent today. “

Josh recalls the difficulties he faced during his teenage years. He struggled with rapid changes happening in his surroundings and within himself, and these changes made it difficult for him to manage connections with other people. His fear of being discriminated by others further suppressed his emotions and forced him to adapt to social norms.

“As a teenager I was experiencing changes with my body and emotions but also struggled to manage connections I felt about people of the same sex. Terms like homo, fag and gay were used as derogatory insults and jabs so like many, I did my best to adapt socially and suppress those feelings into the 2000s.”

When Josh gathered enough courage to come out, he was met with mixed reactions, Despite this, his friends and family served as the support system that he needed for speaking out his truth, but he was still uncomfortable expressing his sexuality to other people. During this time, he started questioning himself and his decisions and seeing his friends getting married and starting their own families made him feel different.

“While many of my friends married and started families, I still felt that I was different. I began to realize that I didn’t much like myself nor did I find pride in who I had become.”

In 2005, Josh made a life-changing decision when he began his BPO experience. He experienced a different culture, one that was more accepting and open to diversity. While he was still hesitant about sharing his personal life, he did not feel the need to exert effort and hide who he was. In 2011, he started his journey in Everise, and it was also while working at Everise when he met and married his husband.

“My career took this small-town Iowa boy to Colorado, Florida, Philippines and Nevada. I earned promotions from an agent on the phones to my newest role as Vice President over Client Services for Everise. Incidentally I met my husband while working for Everise in the Philippines, and we were engaged in 2016. My company supported my decision to return to the USA where I married my husband in 2018 and we currently reside back in my home state of Iowa where I work in a remote capacity.”

Josh claims his time with Everise helped him grow the most both in his professional and personal life. He met people that invested in him and helped him become a person he could love. In Everise, Josh gained an extended work family that celebrated diversity and acceptance on a daily basis, and in turn, helped him become more open about his personal life to other people.

"It was during my time with Everise that I grew the most professionally and personally.  I was met with open arms and a team who continues to invest in me. I grew into a person I could be proud of - a person I could love.”

Josh's pride story shows a brave telling of his resilience and courage during a time when the world was less accepting of diverse cultures. His resolve strengthens our core value of celebrating diversity, and we hope to encourage more people to speak up. By sharing pride stories, we hope to empower others, eliminate discrimination, and move forward with an accepting and diverse culture that puts people first and incubates innovation.