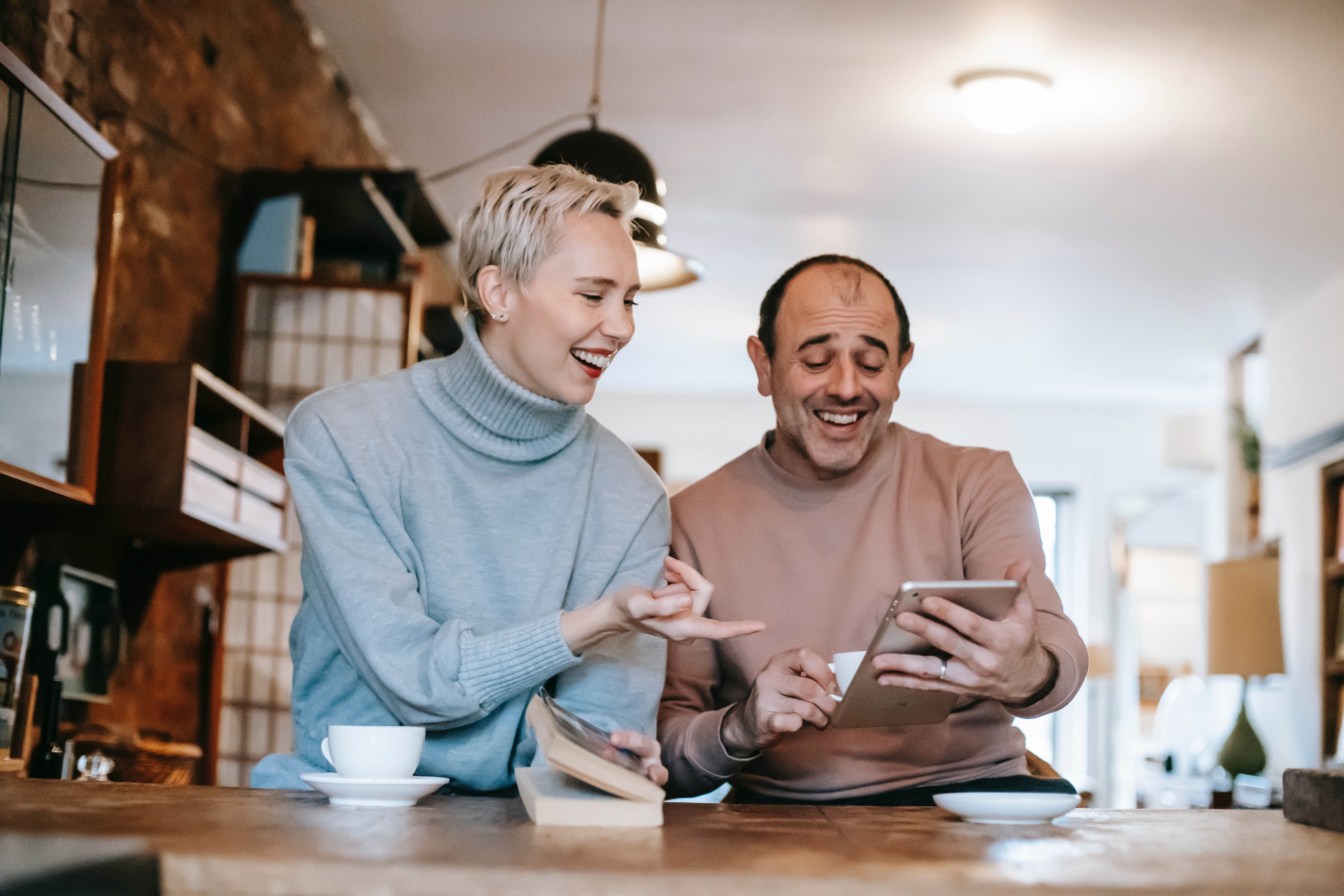 Everise sponsored the recent installment of the Future of Video series produced by Parks Associates. Dubbed 'Beyond the Theater: New Windowing Strategies', the focus was on high-profile theatrical films being released in a direct-to-customer format, versus a typical theatrical release. Speakers explored how the future will look regarding the theaters, premium streaming services, and the strategy of the theatrical window of new movies.

While 2020 was the year of change and disruption, 2021 is the year we seem to be finding our footing again—especially when it comes to entertainment. The power of the box office isn't what it once was, and with that brings innovation and an exciting 'new normal' for new release movie experiences- -one where the consumer has all options available to them.

The new distribution shifts in 2020 have leaned toward premium video on demand or PVOD. 2020 forced the hand of the film industry to adapt in a world where there was little to no theater attendance. Studios had to think quickly and strategically about how they were going to debut their films to the public. Disney was one of the first to launch a model for this endeavor with the release of Mulan, with primer access for home viewing. This method offered an opportunity to land more subscribers to their Disney+ platform as well. 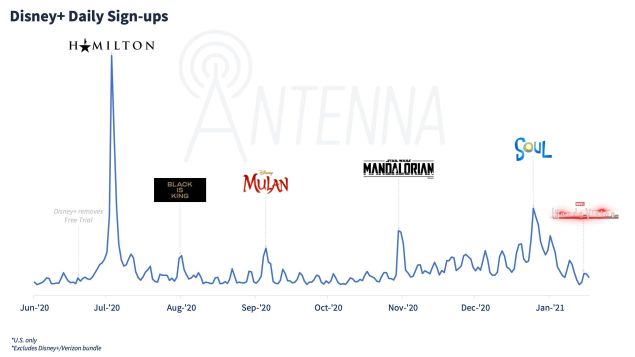 The research Parks has conducted shows that the preferred source of viewing new movies is trending more toward theaters, perhaps showing us the importance of social connection and shared in-person experiences, despite the convenience of at-home viewing. 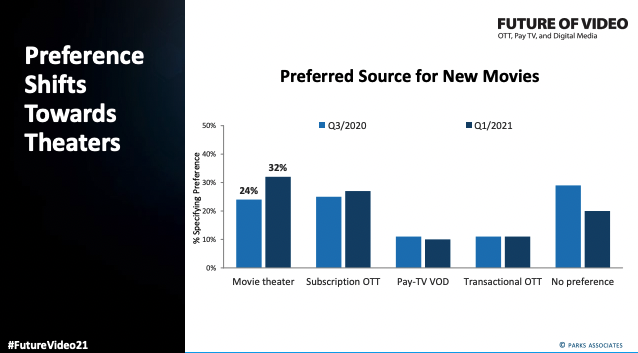 The changes that the year 2020 brought have caused many of us to consider the future of theaters, as many were shut down and restricted, not to mention that older generations have had anxiety about re-entering a theater environment. The trends are showing that theaters are here to stay. Even Netflix is releasing a film for one week in theaters before it lands on their streaming platform.

John Calkins, CEO of ROW8 and presenter at this event had high hopes that theaters will remain intact as the data shows that PVOD does not have the return that benefits with subscriptions that were hoped for, seeing studio straight to subscription on demand (SVOD) to be the exception, not the rule. The preference for streaming movies online from 2019 to 2020 has not drastically changed. 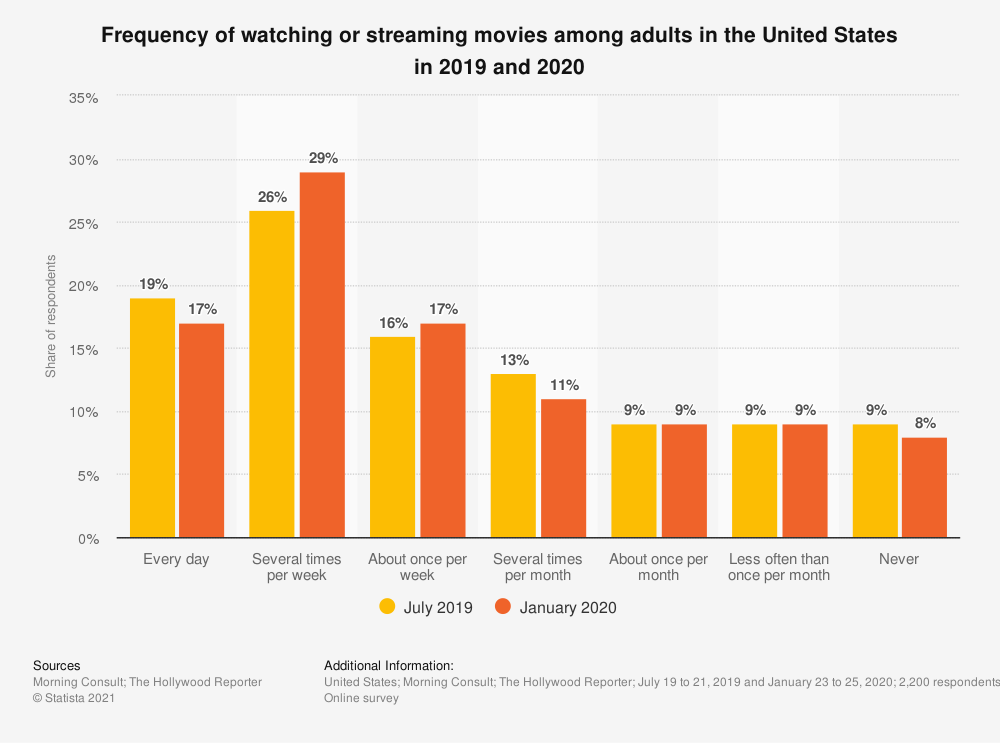 As Daniel Strickland, Co-Founder and CEO of Scener put it, "for some experiences nothing beats a movie theater". That being said, it may take some a bit longer than others to feel comfortable entering a theater again. There was a consensus within that panel discussion at the parks even that the future of new movie releases will be a hybrid model. Strickland stated that we will "see a lot to experimentation happening in the viewer experience" this year.

The consumer continuously shows how much power they have in shaping the future of entertainment and connection. As consumer behaviors change so do the challenges providers have to change the landscape to meet those evolving needs. With that in mind, it is good to see what patterns are staying the same. The theater experience isn’t just one of viewing a new movie- it’s getting the popcorn, the laugher in the theater, sharing an experience with people in the same room. The desire for physical human connection remains in-tact, and because of that so will theaters.