When crisis brings out the best in us 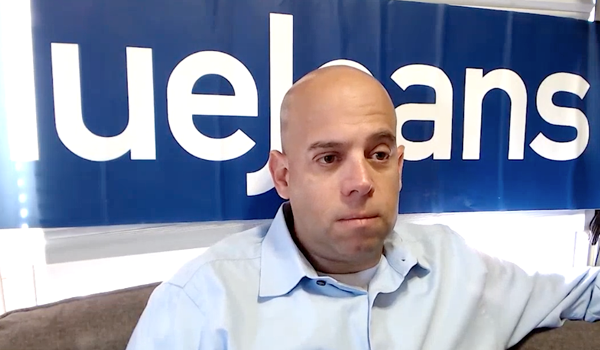 It’s one of those business stories that needs to be documented.

BlueJeans is a Bay Area-based builder of extremely reliable and secure cloud video conferencing technology. Back in January, when the Coronavirus was barely on our radar screens, BlueJeans observed a sharp – on the order of 400% -- uptick in demand for its service in China. Before most of us had any idea something was afoot, it became apparent to BlueJeans that the newly reported virus was compelling large portions of that China’s populace to work remotely.

This insight gave BlueJeans time to gird up in preparation for the inevitable arrival of the virus on these shores.

At the same time, Everise was paying close attention to developments in Asia and how they might impact our facilities in Manila, Kuala Lumpur and Singapore.

While general awareness of and concern over the new virus had grown exponentially in the interim, it wasn’t until mid-March, with its sudden and far-reaching lockdowns and curfews, that the true scope of its impact would become broadly accepted.

Among the cities most fiercely impacted by lockdowns was – and remains – Manila, capital of The Philippines, which is also home to a pair of Everise Experience Centers, where BlueJeans is one of several clients served. From one day to the next, our team of BlueJeans champions was told to leave the office and go straight home with no idea of when they might be able to return. Meanwhile, the same dynamic was causing western hemisphere demand for BlueJeans, and by extension, the support Everise provides from Manila, to skyrocket still farther.

At Everise, we commit to our partners with unusual tenacity. When we support their customers, we give our all. And so it was, when word of the disruption caused by lockdowns in Manila emerged, juxtaposed precisely with the surge in demand for BlueJeans support which the government-issued orders essentially told us we could not provide, we got creative.

The answer: send the agents home. But it’s not that easy. They needed their hardware to ensure data security, yet most arrived that day on public transportation, which would be clogged by the mass exodus underway. Also, many residential areas in Manila lack internet speeds sufficient to support BlueJeans adequately.

So, we called an army of ride shares and found as many mobile data hotspots as possible.

Over the course of a single weekend, all BlueJeans agents were working productively from home. Also noteworthy is the fact that Everise has been able to scale to meet the support requirements that accompany the manifold surge in demand for the BlueJeans platform. Despite the 400% increase in demand, headcount has increased by a mere 20%. That is how the Everise approach to investment in smart scaling works. But more on that another day.

It could be said that in sending these agents home, Everise helped keep BlueJeans operating smoothly. But it goes a step farther than that, for BlueJeans has among its clients several indispensable brands, such as Facebook, ADP, Red Hat, Intuit, Grubhub and many others. Thus, our capacity to support BlueJeans customers translated into support for the customers of brands you most likely depend on yourself (and given Red Hat's role in powering the internet alone, this is very likely the case).

Here’s how our CEO Sudhir Agarwal describes our relationship with BlueJeans:

“We are a people-first company with entrepreneurship and innovation in our DNA. It’s critical that we live these values during a crisis. We connect so well with BlueJeans because we’re both fanatical about offering superior brand experiences.”

With all the drama now well in the past, Vice President Technical Service and Support at BlueJeans Nir Galpaz, EVP at Everise Gagan Mehta and BlueJeans support Team Lead Reschelle Valenzuela recently reconvened to discuss those harrowing days. You can see video of the chat, captured via the BlueJeans platform, of course, above. It's worth a watch.